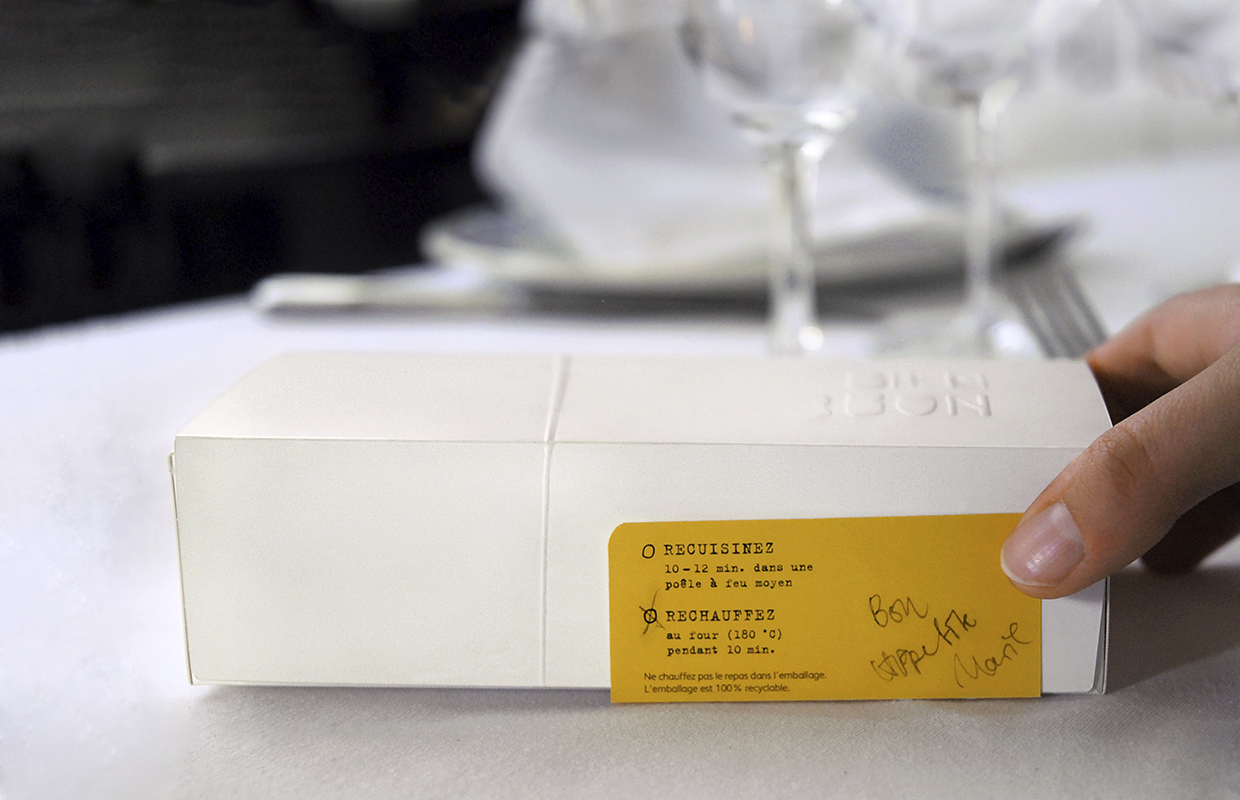 C'était Bien Bon
Packaging for left-overs in restaurants in Paris

Food left-overs in a restaurant are rarely taken home – especially in France it is culturally »not done«. Food waste in restaurants currently amounts to an estimated 20 kg per person per year.
The aim of the project was to identify challenges and hurdles in restaurants in Paris. Insights from field research and workshops lead to developing a packaging and a name that change perspectives and habits on taking left-overs home.

The design is based on the idea of a gift box, so that the left overs become a valuable take home present. To ensure proper reheating of the leftovers, the rectangular box is sealed with a sticker containing a customised message. The high-quality finish of the recyclable plastic (note: cardboard in contact with food is not recycable anymore) ensures that even gravy and dressing can be included without running the risk of leakage. Unpacking the food is equally intuitive and trouble-free. When the side walls of the box are opened out, they automatically form an octahedron from which the food can be moved into a saucepan or onto a plate without requiring any further tools. This applies to both box sizes thus allowing both cost-efficient storage and environmentally friendly waste disposal.

Made entirely from recyclable plastic, the Bien Bon feels like cardboard when touched. A 100% recycling is allowed (cardboard in touch with food cannot be recycled). The manufacturing process, too, was developed in close collaboration with experts from the packaging industry. The cutting of the shape takes place at the same time as the embossing of the pattern, so that the process requires about 9% less energy. The name has been developed with French people of all ages in co-creation: C’était Bien Bon – »That was a really nice meal«. — movie of the »Bien Bon« in use
More details and expert review in WDR Lokalzeit Köln - 18. May 2015

Due to this project I held presentations and workshops in French. Talking with experts from all fields has been key for me. In addition to the development of various models and a prototype, I sharpend my eye for the details. 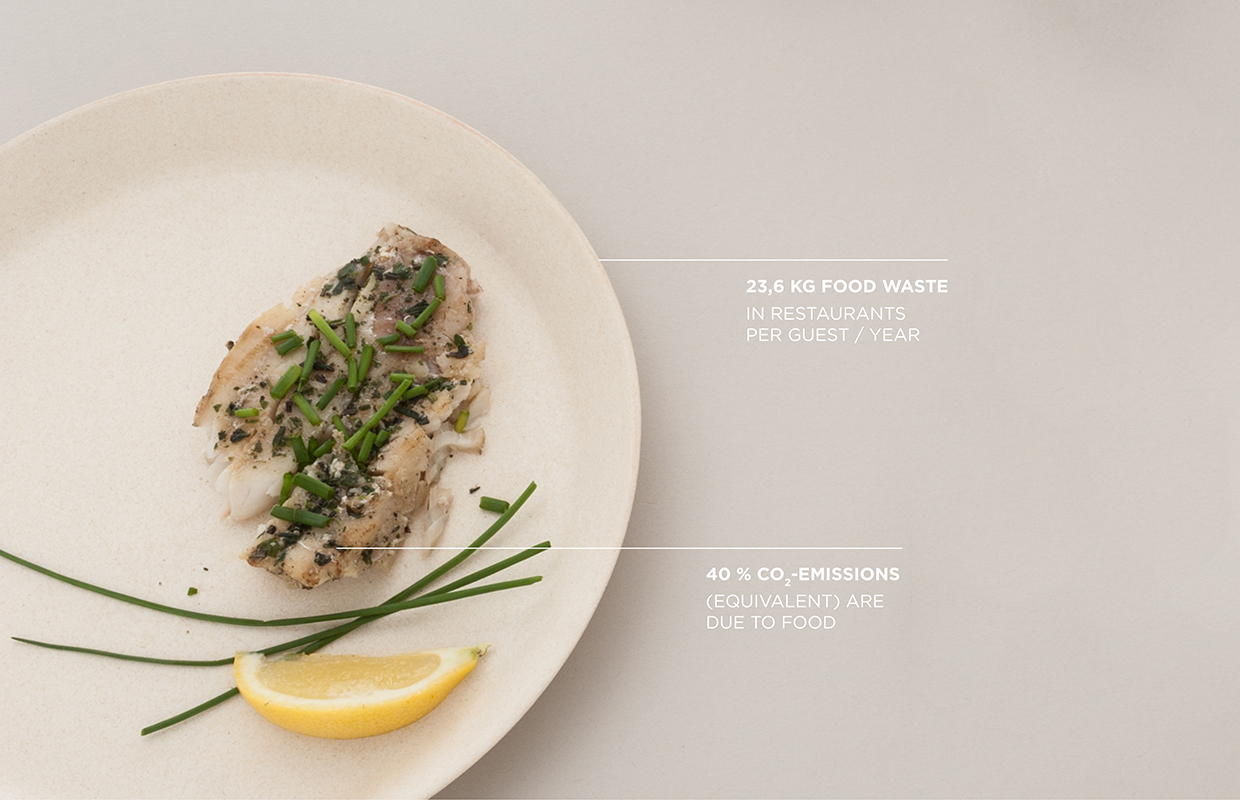